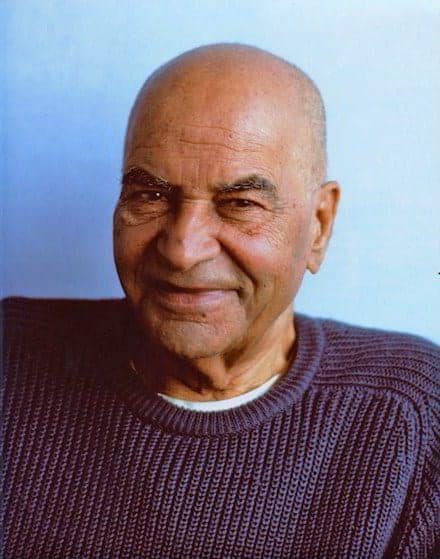 In this play of Kali Yuga, Sri Ramana established Silence and Self-Inquiry in the sattvic realm.  For this he is called MahaRishi.  Sri Poonjaji tossed the flame of silence into the marketplace. He set the secret burning of non-abidance loose in the land of activity. And the world is catching fire. For this he is called Papaji,  Beloved father of all.

Sri H.W.L Poonja was born in Lylepoore, in the western Punjab, October 13, 1910. He experienced his first samadhi while eight years old.  A fierce seeker after Freedom, he resigned his officer’s commission in the Indian Army in 1942 to find someone who could show him God. He visited and challenged all the gurus of his time to show him God.  One day a sadhu appeared at his door and said that there was a man at the holy mountain Arunachala who could show him God. He went straight away and met his Master, Sri Bhagavan Ramana Maharshi.


At the first meeting he started to leave, believing Ramana to be a fraud as he was the same man who had appeared at his door and advertised himself. Assured by the devotees that Ramana had not left his holy mountain in many decades, Poonjaji decided to stay.  Ramana showed him the immovable truth of Self in which Gods, souls and the Universe appear and disappear.

Sri Poonjaji stayed true to this revelation, and his devotion to his beloved Ramana never wavered.  As a married man with two children, he continued to work and support his family, supervising a mine in the jungles of Kerala for many years. At 65, after his children were married, he retired and took up a life as a wandering sadhu, pointing all who would listen to the truth of Self that is alive in every heart.  When the first hippies came to India, Poonjaji was staying in a cave at the banks of the holy river Ganga.

Some of these first westerners became his devotees and took him to Europe where he traveled and taught in the late sixties. He always refused ashrams, organizations or devotees. He said that you should get what is offered, realize the truth and be on your way. He would let no one stay with him for many years. Always a small trickle of devotees would make their way to his door, receive the transmission and leave.  Seeing that there were no teachers in the west producing enlightened students, he sent emissaries with his radical transmission of a silent mind and instant recognition of the truth of Self. These emissaries spread the word around the world that a living master was giving Freedom to all who walked in the door.

One of his devotees in 1990 named him Papaji, and this is how he was known for the rest of his days. In 1992, Wake Up and Roar  was published in English and then in German, French, Italian, Dutch, and Spanish. This, along with the spreading word of his emissaries and the living proof that it was possible for anyone to be enlightened and Self-realized in this lifetime, increased the flow of seekers to Lucknow to a flood.  Later, Papaji Interviews, a second volume of Wake Up and Roar, and The Truth Is  were published. 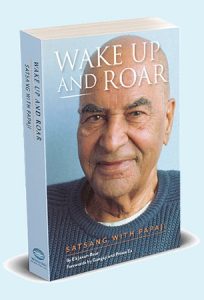 Wake Up and Roar

Wake Up and Roar by Sri H.W.L Poonja introduces to the idea that full awakening is possible here and now for everybody, regardless of background, practice or personal circumstances.

This possibility is the teaching of Srci H.W.L. Poonja. Many people have experienced glimpses of the truth through psychedelics or meditating or unexpected moments of bliss.

Yet, because of incorrect understanding, these moments usually get incorporated into the ego as just another experience. There is an unspoken belief that it is not possible to be totally awakened in this lifetime. Wake Up and Roar announces the possibility of true.

Many thousands of devotees from all over the world made their way to Lucknow, India, to sit in his holy presence and receive his pure transmission of a silent mind and direct realization of Self. He sent untold numbers out to hold satsang to spread this message of the potential of pure fulfillment. Some stayed and a small community of devotees grew up around him in his last years.  Papaji died in Lucknow, India, September 6, 1997.

When asked if he wanted further treatment to keep his body alive, twice he said, “Bas!” which in Hindi means “Enough!” or finished.  Papaji’s body was carried through the streets of Lucknow by hundreds of his chanting devotees. The body was burned at a ghatt on the Gompti river in Lucknow, and the ashes were then taken to Hardwar to be cast into his beloved river Ganga.  His body is gone but He is still present, alive in the hearts of those who loved him. His message of world peace through direct Self-realization is carried by many around the world. May all beings wake up! This is his wish.

The Essence of My Teaching

“When you can recognize who you are not, then there is a possibility to wake up and discover who you really are.”