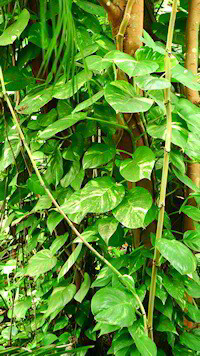 We are nearing the end of our tour here in Australia.  We love the people, the culture and the countryside. The sangha here is deep and true.  Many people have reported  first being in retreat with Gangaji at her Blue Mountain Retreat fifteen years ago.

A college professor at the Research School of Pacific & Asian Studies of The Australian National University in Canberra was relating to his new wife how he had become radicalized. He mentioned my name, she googled me, and he flew to Sydney for a satsang meeting and dinner. Pete now, Dr. Van Ness then, had been my mentor in charge of my doctoral dissertation at the Graduate School of International Studies in Denver. (Condi Rice was a few years behind me, and he says she was a liberal before she went to the dark side). The last time I saw him in a classroom setting, my name was Elliot Zeldow. I was 23 years old. I walked into the room with a jug of wine and a joint to announce that we were shutting the school down and setting up Woodstock West on the campus lawn. It was spring of 1970, and we were protesting both the trial of Bobby Seal of the Black Panthers and Nixon’s announcement of the illegal bombing of Cambodia. ( The shooting of the students at Kent State happened during these nation-wide protests).

Pete came to satsang and was deeply attentive. He wanted to know how my life had turned out. It was such a gift to see him and love him. I am so grateful for all that he did for me in my former life, almost forty years ago.I was twenty-two and I had been working in a steel mill in Pittsburgh when my then- wife applied to graduate school for me. The Graduate School of International Studies gave me a fellowship that brought me out west, and Pete allowed me to pursue my interests with a free hand. I became immersed in China, Pete’s specialty, and that influence has continued throughout my life. (You can’t imagine his surprise that in the early eighties I became a dealer in Ming Dynasty Chinese Paintings, and that there are paintings in a museum attributed to “Eli Jaxon-Bear”)! Yet how to get from there to Papaji took us a dinner and a few glasses of wine. Forty years of memories came up and out. Not used to wine and having a willing ear, I babbled the whole time

I have been getting my weekly chemotherapy while here. It is very interesting to note the differences in protocol in each location. No one in Australia has a dual port in his or her chest apparently, and nurses would come by to view mine. In Sydney they required that I lie on a bed to access it. In Melbourne they put me in a chair like a barber’s chair and pumped me up into the air. Hygiene protocols differ widely as well.But here is a shocking bit of information on how the pharmaceuticals are over-charging us. In the U.S. I never see the drug except in a syringe. Here, I have to buy it before it is administered, so I got to see the actual medicine in a vial. One vial costs around two thousand dollars. My dosage, which is based on body weight, is pretty high, about half a vial, and the rest is thrown away! The drug company only makes one-size vial that perhaps no one would be capable of using in one dose. The waste is mind-blowing.The good news is the good-hearted people I have gotten to meet in the chemo rooms. The nurses, staff and patients are open, friendly and helpful.

Jill and Tim have been great on the tour. Both are so willing and easy. They have interacted with volunteer teams in each city and have handled everything that came their way. Jill has been taking thousands of photos at satsang. We have posted a few on the website. Although I once dressed up as Santa for a visit to an old-age home twenty years ago, I usually have a hard time with Christmas. As Ali G once said, “it is a miracle that Jesus was born on Christmas isn’t it? And that is why there was no room at the inn right?” We don’t get bombarded with Christmas jingles here. One Christmas in Oz we rode our bicycles in a park between the river and beach where families were quietly having their Christmas lunch as a picnic on the grass. It was almost nineteenth century in feeling and the best Christmas I have ever had. So please forgive me for not wishing etc. or buying you anything.  = : 0

In deep love and peace for all beings,
Eli